You already know a little about airspaces from your S2 training. As a tower controller, you became very familiar with the D-CTR airspace. We will now look at some other airspaces which will be become relevant to you in your approach training.

For completeness, we should quickly mention airspaces A, B and F. Airspace B is similar to airspace C but B requires separation between VFR/VFR while airspace A only allows IFR traffic. There used to be areas with airspace F in Germany but they have since been replaced by RMZ (Radio Mandatory Zone) that require traffic to establish radio contact on a specific radio frequency. RMZs are part of airspace G and therefore remain uncontrolled.

The following picture illustrates the airspace structure around larger airports (e.g. Frankfurt or Munich) on the left and smaller airports in the centre (e.g. Paderborn/Lippstadt). Uncontrolled airfields with IFR-procedures are protected by a radio mandatory zone (RMZ). 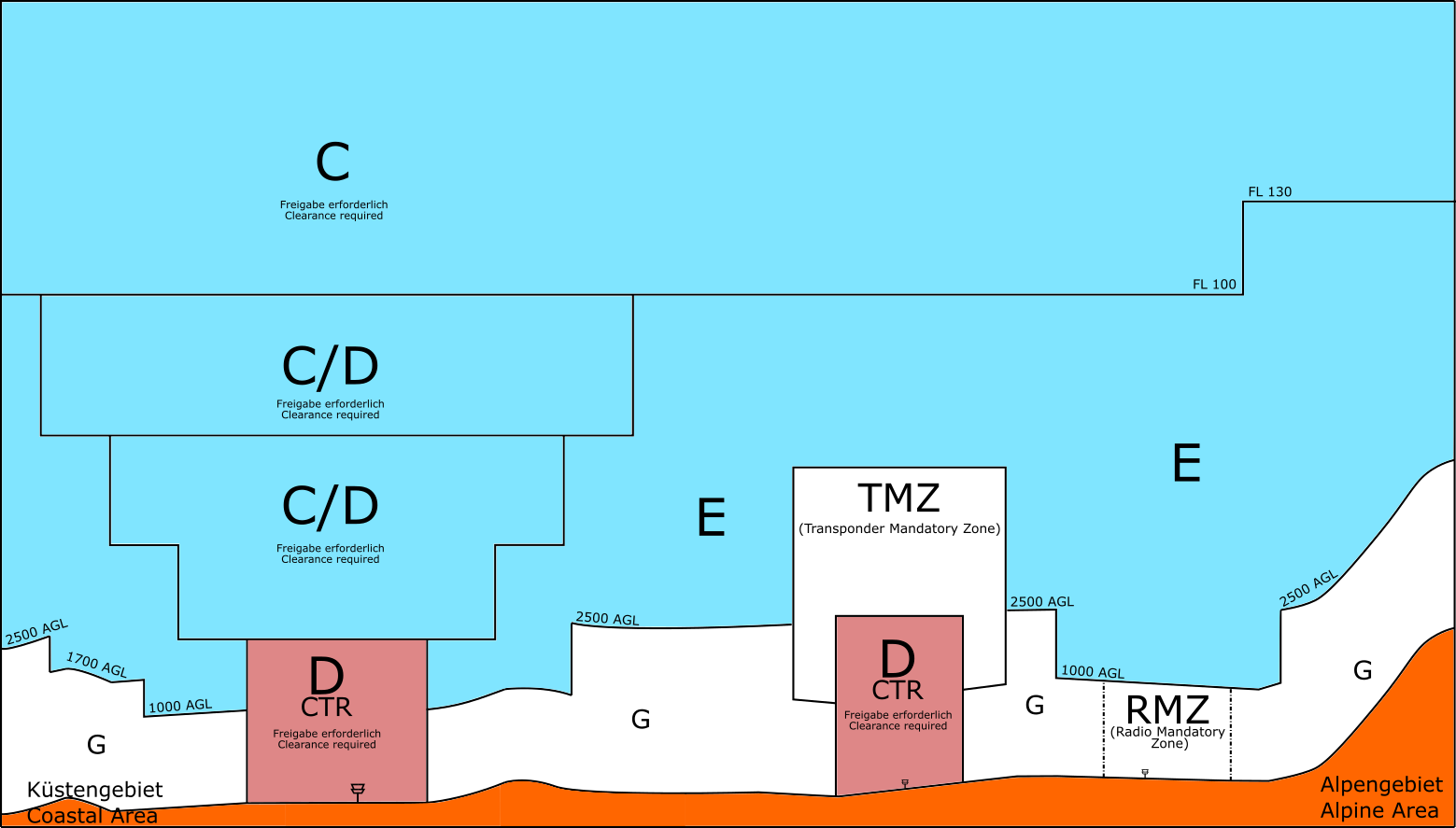 Above FL100 (exception FL130 in some places around the Alps) you find airspace C. Below airspace C there is usually an airspace E followed by airspace G close to the ground.

Around controlled airports you will usually find either airspace C or airspace D above a control zone of airspace D. However, there are lots of exceptions and every airport has a different airspace structure. Therefore, it is essential that you familiarize yourself with your local airspace structure before you start controlling. This can easily be done by using the DFS AIS service that includes a chart of the airspace structure in all of Germany (free registration required).

Lastly it should be mentioned that airspaces C and D are mainly for protecting busy IFR traffic routes from unidentified VFR traffic flying close by.

You should avoid descending IFR traffic outside of airspace C and D into airspace E whenever possible. At most busy German airports there is usually no reason to let IFR traffic leave the protected airspace.

The TMA is the airspace immediately around a CTR that all traffic to or from a controlled airport has to pass through. The majority of your responsibility will be the traffic inside the TMA. The dimensions of your TMA and the sector you are responsible of is strictly defined by your FIR.