All sectors for Berlin Departure are dependent on the runway configuration at Berlin-Brandenburg Airport (BER/EDDB).

Runways are assigned on initial contact with Berlin Arrival according to the procedures below: 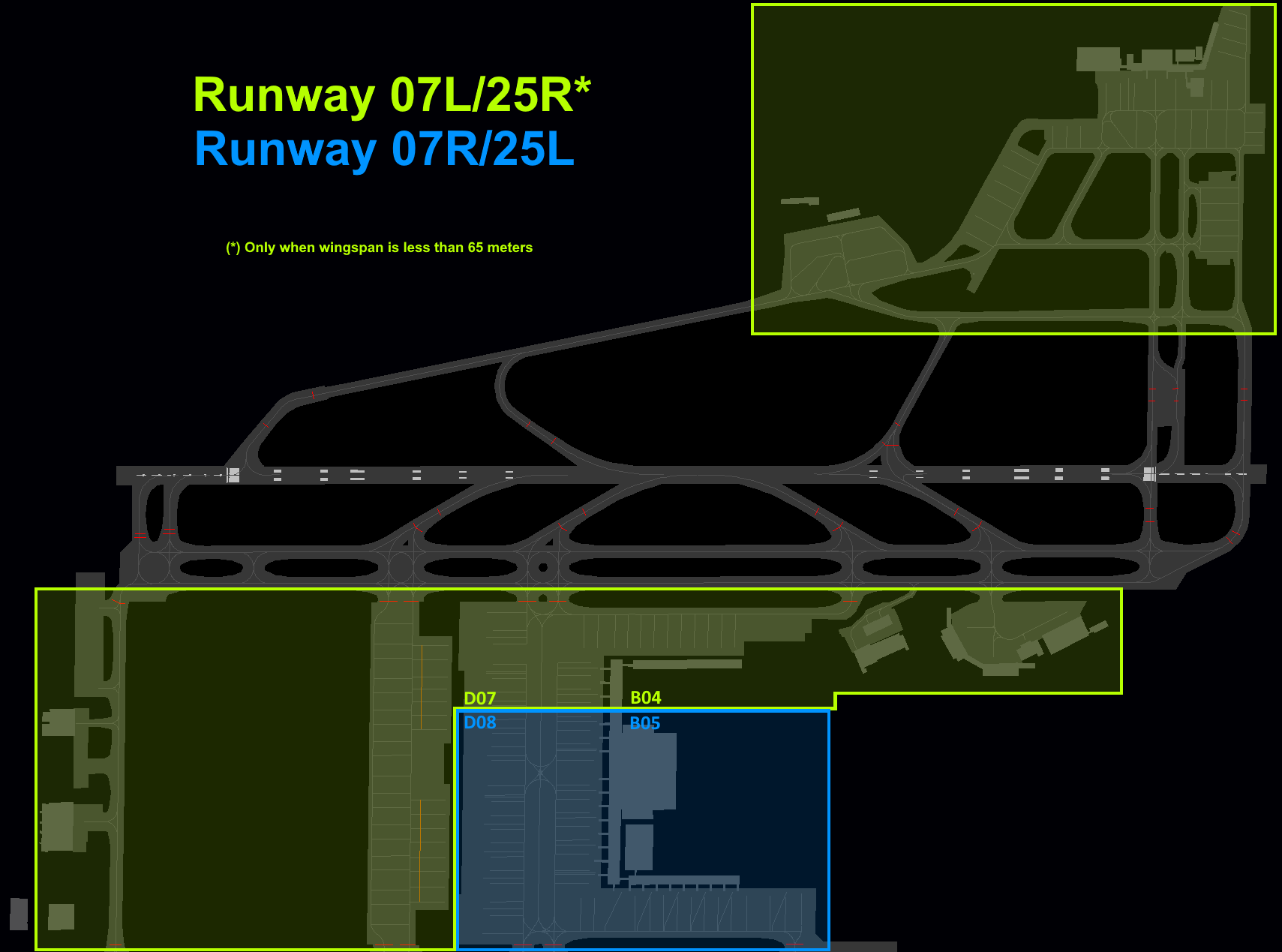 Might be useful during Independent Parallel Operations. Before using this procedure coordinate with all surrounding stations.

The following rules apply when two Director stations are online:

Berlin Arrival (DBAN / DBAS) will always clear the approach procedure at EDAY and EDAZ. The aircraft shall be transferred by DBAN / DBAS on the procedure for supervision, in the following situations:

Individual coordination with DBDS/DBDN/DBAST (depending on runways in use) is required before clearance of approach by DBAN or DBAS (excl. at EDAY during EDDB 25 Ops)!

As soon as an arriving aircraft to EDAZ is about to pass AZ255, approaches on runway 25L in EDDB are prohibited. Berlin Tower shall be informed about EDAZ Inbounds at least 10 minutes prior to approach clearance at MOSEX. Aircraft at Berlin can still depart out of 25L as long as they can guarantee a good climb rate after departure.

Holzdorf is a military airport south of EDDB within Berlin Arrival. Holzdorf airport has a military area of responsibility (ETSH_APP) from GND-5500 MSL. Holzdorf radar will inform Bremen Radar (Berlin Arrival) about the activity of this AoR. In case the AoR is not active, Berlin Arrival shall provide top-down services at ETSH.

As soon as AoR Holzdorf is active, ACC Sectors Thüringen Low North (TRN) and Sachsen Low (SAS) shall be informed about the activity of Hozdorf Radar. 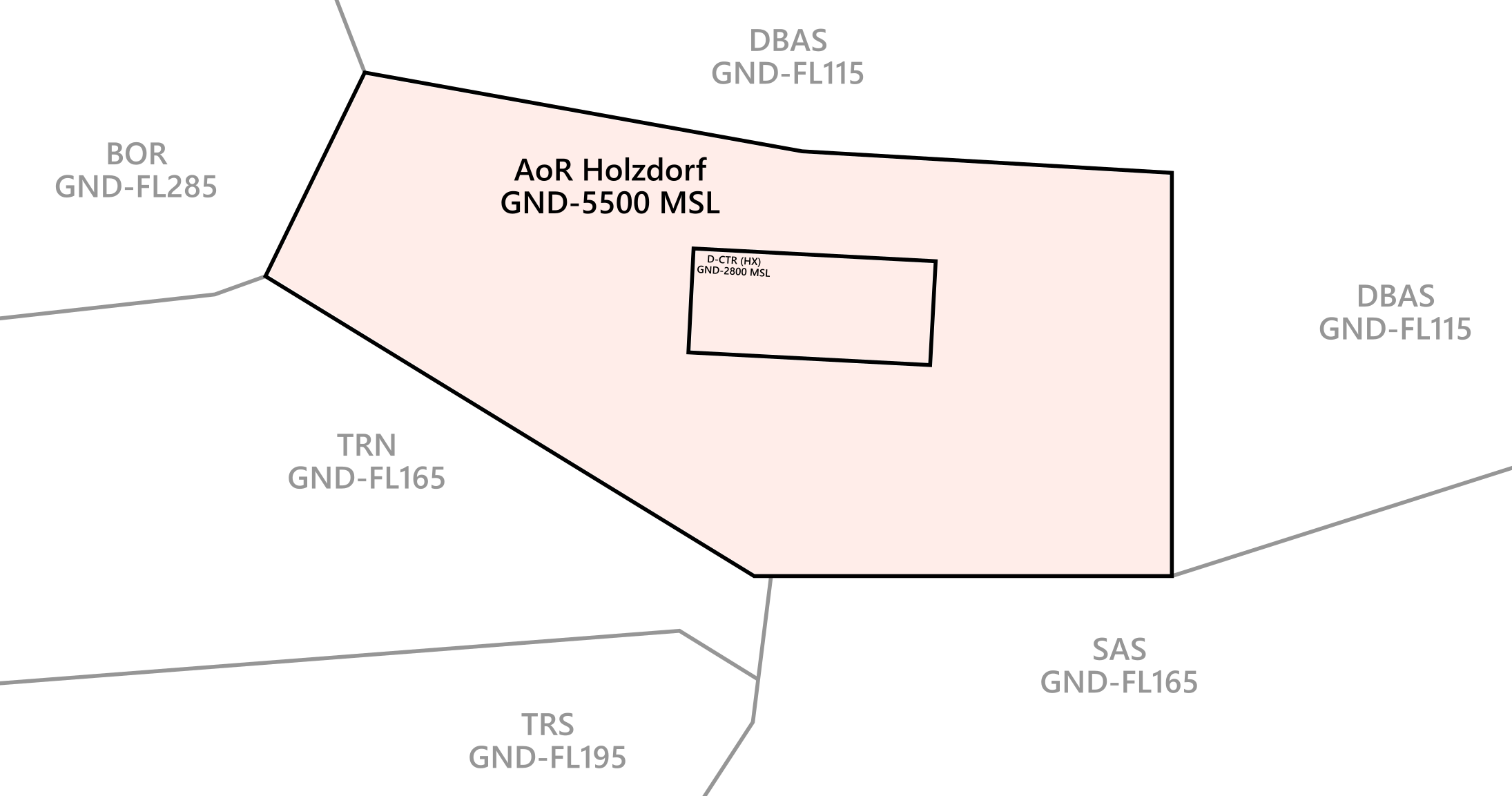 Activation only by DBAS on request from TRN. 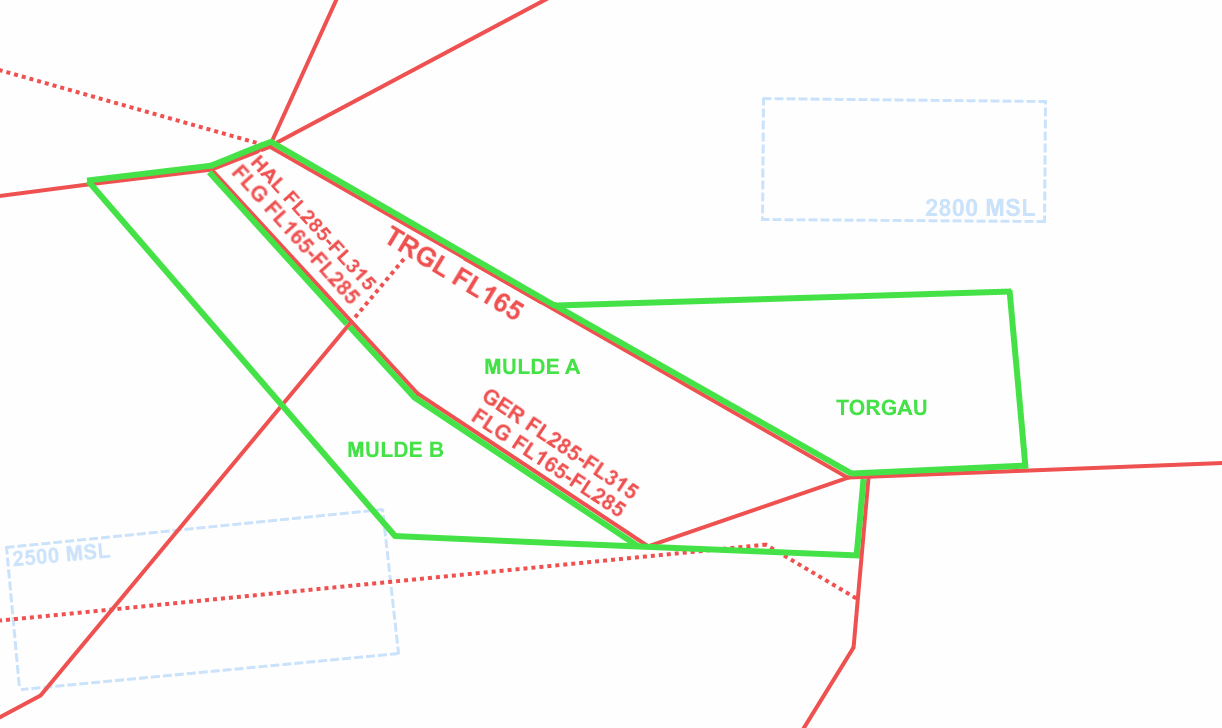 Activation only by DBAS on request from EDMM. 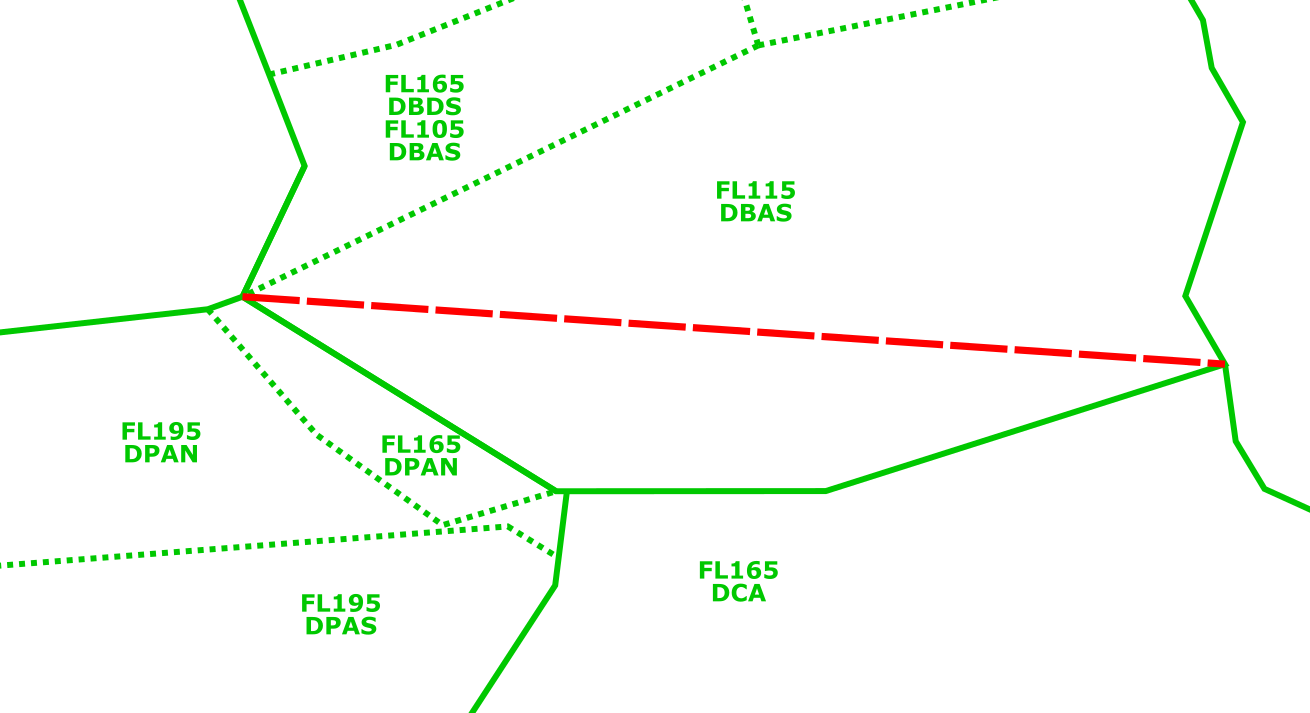 The airports of Berlin-Tegel and Berlin-Tempelhof are closed. Traffic inbound to these airports is required to cancel IFR. Outbound aircraft have to perform an IFR-Pickup.