NOTE: The Controller may change your planned departure route due to operational reasons.

Especially during events this procedure is prefered for the enroute clearance. If you don't have an aircraft with integrated CPDLC/PDC function you can use the external software easyCPDLC.

VFR Traffic has to contact Delivery for departure information!

Only ask for Pushback if you are able to start pushback immediately when receiving pushback approval! Below you will find a tutorial how to prepare the most common pushback tools and use it the most efficient way. It might be possible that ATC will instruct you to do a specific routing for pushback (into a specific taxiway, a blue or orange line, push and then pull foreward, etc.). Always report when unable or if you do not understand the instruction! 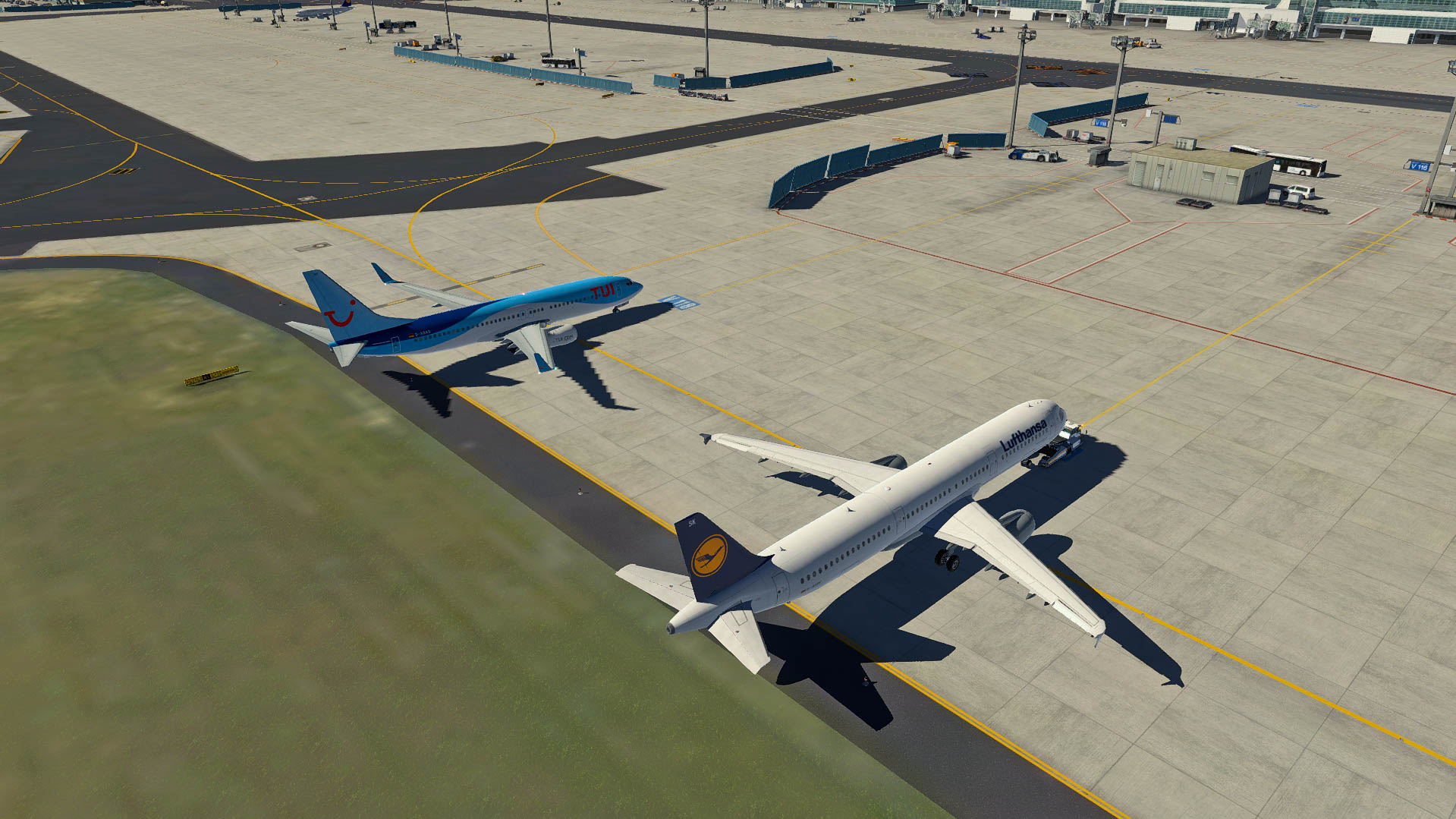 S-Intersection Runway 18: For medium departures out of RWY 18, parked on any D, E or V stand (requiring a pushback), please advise on the pushback request if you are unable for intersection S. Takeoff Runway Available (TORA) from S is 2735m (sufficient for most medium aircraft). Even though the taxi route to S is slightly longer than to the “normal” holding points there are less intersecting taxiways and dependencies which can often expedite your takeoff clearance! Refere to Transition 1 for detailed routing.

Transition 1:
Outbound traffic from the East Apron departing via RWY 18 out of intersection S will be handed to Tower short of stopbar U2. You will get your further routing by Tower. Most of the time this will be via U - S - S11 - R - S28 - S. Make sure you have the clearance to cross stopbars U2 and U6 by ATC!

You can find Transition 1 at your charts only at the written airport briefing (Jeppesen) or the AIP of Frankfurt (chartfox.org).

Intersection Departure:
To optimize the traffic flow expect intersection departures out of RWY 25C/07C. Report earliest available intersection to Apron/Tower during or before taxi.

Departure frequency will be issued by Tower when airborne.

There is no 250KTS/FL100 speed limit in EDDF. Unless speed restricted by your SID or ATC you can accelerate to your final climb speed immediately after flap retraction. Note that most SIDs have a speed limit for the first turn which always has to be adhered to, unless cleared otherwise by ATC.