Arrival can be split in 6 stations as shown in the table below.

All APP/DEP frequencies shall always be cross-coupled by the responsible controller.

At the right you can find the arrival sector of Frankfurt with its subsectors. In case there is only one controller online, the whole sector is controlled by them. All subsectors combined constitute the Terminal Maneuvering Area (TMA). The MVA chart is available via chartforx.org or as Topsky Map at Euroscope. The airspace structure can be found at openflightmaps.org.

Arrival Routes: As the clearance limits for all EDDF STARs are outside of the TMA, the appropriate Center controller issues the clearance for any STAR and initiates the handoff before sector entry. In normal operations the RNAV STARs from SPESA, KERAX, UNOKO, RAMOB, PETIX, EMPAX and FAWUR are used. In this case Center clears most aircraft from the north via the northern STAR and every aircraft from the south via the southern STAR. All aircraft unable for the northern runways, the restricted heavies (A380s, B747s, MD11s (and AN124/AN225)), as well as aircraft parking at the GAT shall be cleared for the southern STAR in order to ensure that they will arrive in the southern downwind. The designators for the RNAV STARs are shown below. All other aircraft landing on the southern RWY should be cleared for the southern arrival as well.

Non-RNAV STARs: These STARs are only used in case of non-RNAV traffic or during low traffic situations when requested by the Arrival controller (for example in order to use RNP-Y approaches in the evening).

Even after the clearance for the STAR the Arrival controller can always use vectors for sequencing.

Releases: Traffic handed over from Center to Frankfurt Arrival is fully released for turns and further descent. Arrival needs to ensure sufficient spacing between traffic.

Inbounds should always stay clear of the departure sector even if Arrival handles departures as well.

Type of Approach: By default ILS approaches are always used. Visual approaches should only be used if a pilot is unable fly the ILS (or RNP Z) for any reason. In this case the visual approach does not change any dependencies according to Operation Modes. All other approaches (RNP Z/Y) shall only be used on pilot’s request and after coordination with all relevant station (esp. Director and Tower). In high traffic situations other approach procedures are not recommended.

Intercepting below 4000ft should be avoided due to noise abatement. If a pilot missed the intercept and overshoot he could be turned back onto the ILS and descended below 4000ft in compliance to the MVA.

The ILS approach in use need to be mentioned in the ATIS! Coordination between Tower and Arrival may be necessary.

As Tower must respect dependencies between departing and arriving aircraft, there are target spacings that should be present at touchdown for the highest efficiency of the runway system. Depending on the amount of departures, it is important that these minima are met whenever possible. Coordination is required if these can temporarily not be met or if Tower needs more spacing.

These target spacings at handoff are as follows:

Wake Turbulence Separation must be applied where necessary all the time.

From the EDDF AIP reduced minimum radar separation between staggered approaches to 25L/25C and 07C/07R:

3.2 The reduced minimum radar separation is used for the parallel runway systems 07C/07R and 25C/25L, provided the following conditions are met:

3.3 The application of the reduced radar separation minima also requires:

Additionally, separation between two aircraft approaching the same runway can be reduced to 2.5 NM under some conditions:

4.1 During approaches to runways 07L, 07C, 07R, 25R, 25C and 25L, the radar separation minimum of 2.5 NM applies on final approach between 10 NM and touchdown, provided the following conditions are met:

4.2 The reduced radar separation minima may also be applied between staggered approaches to the parallel runways. In these cases, neither the line of sight of the exit taxiways (4.1 b) nor the runway conditions (4.1 c) need to be considered as a precondition.

Finally, separation between dependent parallel approaches to the parallel runway systems 25L/25R and 07L/07R can be reduced to 2.5 NM.

The current RVR values need to be given with the approach clearance. During low visibility operations, target spacings to all runways shall be as follows:

During 25 operations, missed approaches via the south of the airport on headings need to cross the departure routes out of runway 18 at least at 5000ft due to the initial climb of 4000ft.

Missed approaches could be on headings by arrival as soon as they are above the MVA. Headings like 160 or 340 are not recommended for vectoring back onto the downwind.

The following holdings can be used by Frankfurt Arrival, but are not recommended except due to emergencies or runway closure on short notice: MTR, CHA, RID, TAU, GED

It is very important not to drain out the final. Even if the Approach sector is too busy and traffic management holdings are necessary, usually there is no need to completely close sector entry for more than 5 minutes (around one orbit in the hold). After a short closure because of an overload on the Arrival/Director stations, it is recommended to set an aircraft rate per time, e.g. not more than one aircraft per 4 minutes via UNOKO/ROLIS/KERAX and not more than one aircraft per 3 minutes via SPESA. Try to clear the holdings as quickly as possible. Due to the enormous capacity in parallel operations (up to 60 movements per hour), usually extensive holding usage is not necessary.

Besides the traditional holdings radar vectors along the downwind and final (without an approach clearance) can be used to delay inbounds as well. In this way there is a lot of capacity to hold aircraft and it is easy to dissolve. It is recommended to use this procedure when the airport is completely closed for a short time. Do not have too many aircraft in this holding structure to make separation easy – the Center holdings can be used for any additional aircraft.

Inbounds should stay above outbounds, clear of the Departure sector (at or above FL90). Outbound should stay at FL80 or below until they are clear of inbound traffic. If Departure and Arrival are staffed, a direct climb to FL110/FL130 can be coordinated if there is no conflict.

If the Arrival controller takes over the respective Departure sector, it is possible to let a departure climb above an arriving aircraft if climbrate permits. Therefore make sure that at first inbound and outbound are vertically separated. Only when it is predictable that the outbound can overclimb the inbound, further climb should be issued.

Departing aircraft shall be handed over to the appropriate Center controller on the following flight levels to the following station:

All departing aircraft shall be handed over to the appropriate Center controller as early as possible, clear of any other traffic. Traffic handed over from Departure to Center is fully released for further climb and turns. Especially departing aircraft with the same routing, even for just some time, shall be separated by at least 10 NM laterally whenever possible. Otherwise additional vertical separation shall be applied (e.g. for merging F and M/H route if not solved by vectors, directs or speeds).

The runways system can be used in two different ways. This chapter explains these two different modes of operation. In both systems the main landing runways are 07R/25L and 07L/25R. Runway 07C/25C can be used as well (especially via visual swing-overs; see TWR SOP). In parallel operations, runway 07C/25C shall not be used by the Approach controllers and it shall not be used by the Tower controller for visual swing-overs two times right behind each other (swing-overs during 07 operations are only allowed for safety reasons anyways – see TWR SOP). If these rules are followed, visual swing-overs do not affect the following dependencies or independencies in any way. 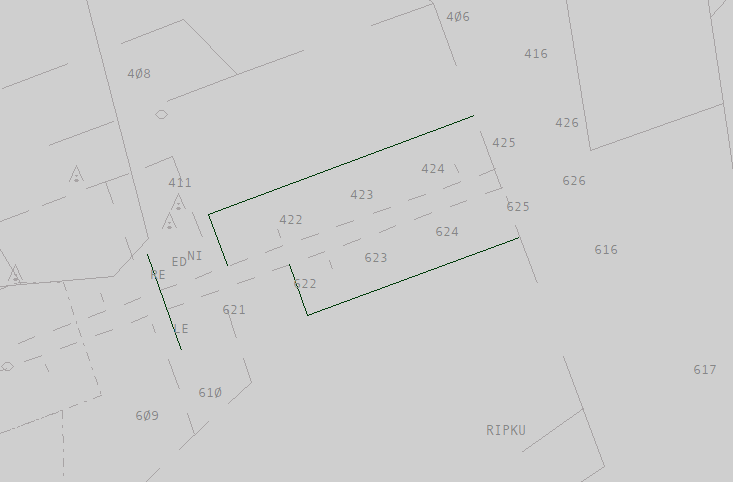 Possible staffing configurations (no others are possible!):

Station in brackets: additionally one or more of these stations can be staffed.

If just one Director is staffed, he takes over the other Director.

DFAS and FAN, FFN and FFS as well as FDN and FDS can be interchanged if one of the frequencies is preferred due to neighbor station.

Director assigns the runway on the initial contact or very soon thereafter.

The handoff from Arrival to Director should take place no later than 10 NM before the expected turn onto final (earlier handoff is preferred when able).

Possible staffing configurations (no others are possible!):

Station in brackets: additionally one or more of these stations can be staffed. FAS and FAN, FFN and FFS as well as FDN and FDS can be interchanged.

Minor Airports within the TMA

Although Egelsbach is an uncontrolled airfield, a big ratio of the traffic is business traffic. This traffic is usually IFR but must depart or land VFR in Egelsbach. Standard procedures for IFR pickup or IFR cancellation apply. It is recommended to execute IFR cancellations southeast of EDDF at 4000ft or below. It is also recommended to instruct pilots inbound Egelsbach to leave airspace CHARLIE to below as soon as IFR is cancelled.

IFR in- and outbounds to Wiesbaden (ETOU) need to be separated to Frankfurt in-/outbounds. Coordination between Arrival and Frankfurt Tower might be necessary.

ILS Approach is only available for runway 25 while there is a RNP approach for runway 07.

Before any session the following coordination must be made:

With Center: STARs to use (APP decision), holdings usage (only if necessary – APP and CTR responsibility but APP decision)

All hand overs are carried out as silent handovers as long as the relevant LOAs or additional agreements do not define a different procedure.